The City of Darlington Police Department is managed by the Police Chief under the day-to-day oversight of the Mayor and City Council. The Police Chief obeys all lawful, written orders of the Mayor and City Council. However, Police Department appointments, promotions, and all complaints/disciplinary matters are dealt with by a separate governing body known as the Darlington Police Commission, which is comprised of five citizens who are appointed by the Mayor.

Police Commissions date back to a time, over a century ago, when the Wisconsin Legislature enacted a measure establishing such commissions as municipal bodies. Recognizing the critical role of police officers in assuring the public's safety, the Legislature believed that by creating an independent body, one that no political party could come to dominate, the selection and removal of police officers would be insulated from the vagaries of partisan politics. 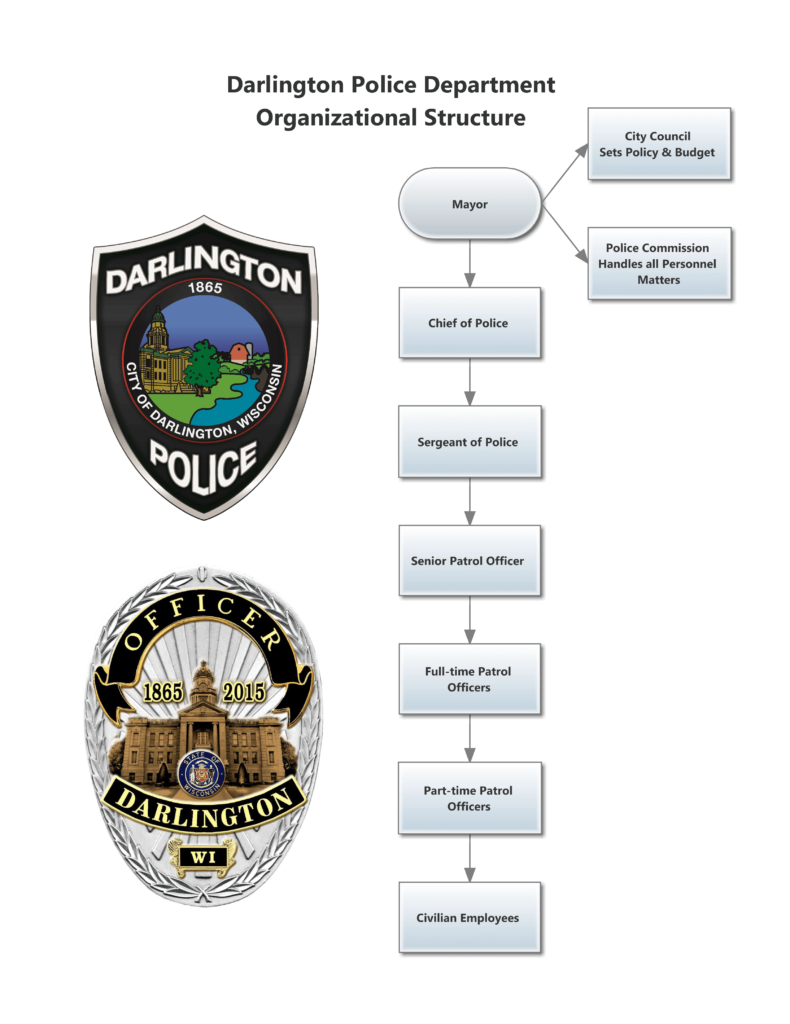